I've never been to Venice (or it's more beautiful sounding Italian name, Venezia), but like many other I have some fascination for water cities, and think they are very beautiful. China Daily just run a post with the 10 most pretty Chinese water cities (pictures and most of the text here are taken from that page). Let's already plan in to visit some of this nice list.


Nanxun
Located 30 kilometers (18.64 miles) east of Huzhou, Zhejiang province, the Ancient Town of Nanxun is a well-known for its rich cultural heritage, boasting a history that dates back 760 years. It was founded in 1252, towards the the end of Emperor Chunyou's reign in the Southern Song Dynasty (1127-1279). As one of the most well-preserved old towns in the region, Nanxun Ancient Town is now among the top six ancient towns situated in Southern China. 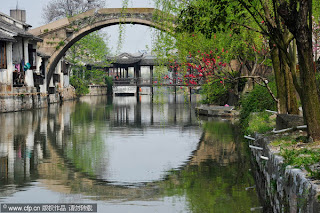 Anchang
As one of the four noted towns in Shaoxing, Anchang borders Xiaoshan Mountain in Hangzhou, the Keqiao Bridge in the south and the Hangzhou-Ningbo expressway in the north. Established during the Northern Song Dynasty, it was rebuilt during the Ming and Qing Dynasties after several wars and disasters, inheriting the typical features of a water town in regions south of the Yangtze River. With a simple and elegant atmosphere, the waterside town holds wedding ceremonies on the water, a custom unique to the area. A festival featuring its folk customs is held each year, and always receives a large number of tourists. 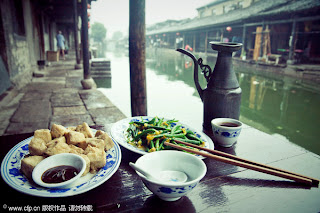 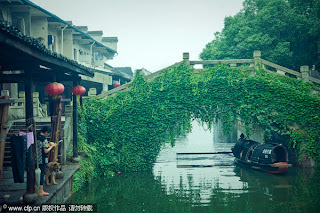 Mudu
Located at the foot of Lingyanshan Mountain, in the western suburbs of Suzhou, Mudu has a layout distinct from other ancient towns. Ranking in the top 13 scenic spots in Taihu Lake, it is also the only town boasting classical Chinese gardens. Among over 30 private gardens built during the Ming and Qing Dynasties, Yanjia Garden, Hongyinshan Mansion, Lingyanshan Residence, Gusong Garden and Bangyan Mansion have been restored with Yanjia Garden, the former residence of Yanjiajin, a political figure in Taiwan, and Hongyinshan Mansion which is in possession of the valuable 20 imperial edicts of the Qing Dynasty. It is a wonderful place for modern people to relax and enjoy its rich cultural heritage, elegant environment and historical legends 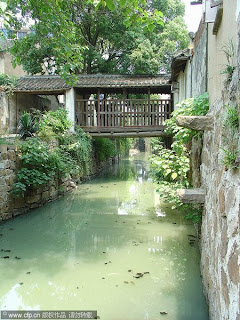 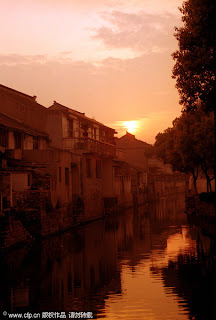 Zhouzhuang
Zhouzhuang, a famous water town in southern China, is located in Kunshan city, Jiangsu province. Because Zhouzhuang is surrounded by water, boats were necessary for entering and departing from Zhouzhuang before the 1980s. Before the Jishuigang Bridge was built in May 1989, land transportation was not available. Due to an undeveloped transportation network, the ancient culture and historical sites of Zhouzhuang were well-preserved after more than 900 years. This beautiful small town has become the model of China's water towns. 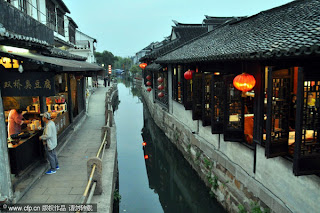 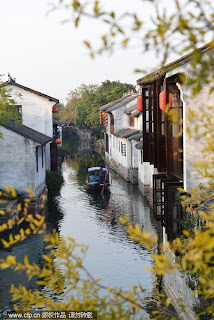 Xitang
Located in Jiashan county, Jiaxing, Zhejiang province, Xitang is about 100 km from Shanghai. The small cities of Suzhou and Hangzhou and can be reached either by train on the Shanghai-Hangzhou Railway or by bus along the 320 national highway. Known as an ancient town with a history spanning over 1,000 years, Xitang was a place shared by the Wu and Yue states as early as the Warring States period. Setting it apart from other water towns, it has roofed streets alongside rivers with a total length of 1,000 meters, much like the Summer Palace corridor. 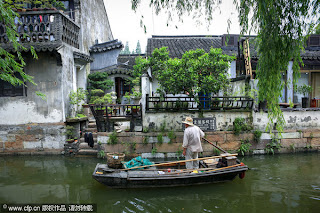 Tongli
Tongli is seated alongside Taihu Lake, Wujiang, Jiangsu province, with a history spanning over 1,000 years since it was first established during the Song Dynasty. The town features over 100 sites that include gardens, temples, mansions and former famous residences, with 7 small islands separated by 15 brooks in the shape of "Chuan (川)" and connected by 49 ancient bridges. Honored as the "Venice of the East", it is renowned for its "Bridge, Water and People", featuring a rich natural and cultural atmosphere. 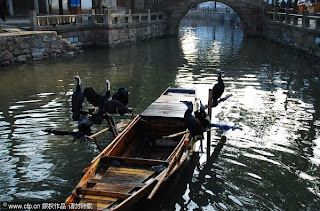 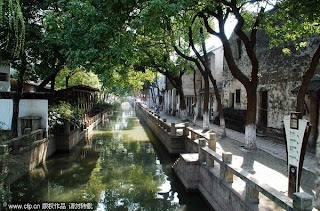 Wuzhen
Located in the north of Tongxiang, Zhejiang province, Wuzhen is adjacent to the Nanxun district in Huzhou in the east and Wujiang, Jiangsu province in the north. Praised as one of the top four famous towns in regions south of the Yangtze River, Wuzhen has been honored as "The Land of Plenty" and "House of Silk" with a history dating back to over 6,000 years and had the former names of Wudun and Qingdun. It was listed as a provincial-level historical and cultural city in 1991 and a AAAA scenic spot in 1999 when its protection and tourism development project was launched. 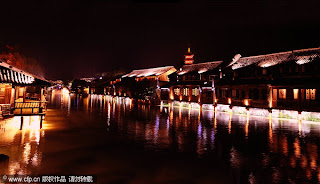 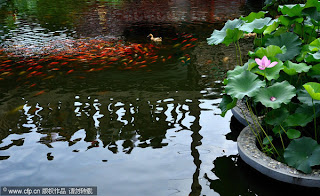 Jiaozhi
A distance of 18km from the Suzhou districts in the west and 58km from Shanghai in the east, Jiaozhi is a well-preserved water town in the Taihu Lake Basin. With a flat terrain and fertile land beside river networks, it serves as a typical water town in regions south of the Yangtze River benefiting from 5 lakes and 6 rivers. Its history spans over 2,500 years, creating rich cultural contents and numerous historical sites with a palace built by Yanlv, a king of the State of Wu and Wutong Garden by Fuchai, another king of the state. 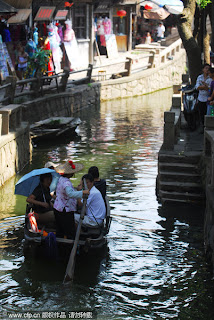 Guangfu
As a peninsula inserted inside Taihu Lake, Guangfu is renowned for its place as a historical and cultural town in Jiangsu province. It boasts ubiquitous scenic spots of historical and cultural significance as well as picturesque natural landscapes that have won much praise. Guangfu, with its long history and rich cultural content mixed with mysterious legends, is an attractive and fascinating destination. 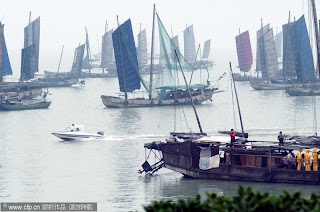 Zhujiajiao
Zhujiajiao is a township in the Qingpu district of Shanghai. Established 1,700 years ago, Zhujiajiao was an important trading hub for the surrounding countryside, many of the architectures date back to the Ming and Qing dynasties. Traditionally, goods and people were ferried on the small canals from house to house, passing under the 36 ancient stone bridges that are all still in use by locals and tourists alike. 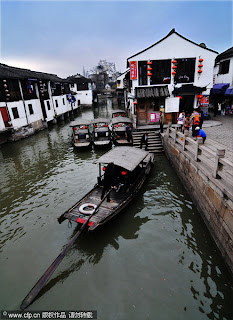