Yet another day in Yangshuo who had enormous amount of rain during the night, but fine and sometimes even sunny for when we reached our final destination of the rice terraces at Lóng jí (龙脊). We had a nice driver on our way there, but the final kilometres went with a special bus - and he was crazy! A small dwindling road with almost constant scarps on one side of the road to be taken in 80 km an hour as most... Luckily the driver on the way down was more sane and as such helped our sanity.

Since we survived the first part, we aimed at sweating to death instead by walking on the steep trails this humid and warm day. We did wuss out a little by the end though, and took a cableway on the way down (the official story though is that it was getting late - which is was).

When I asked on the final day what people had enjoyed the most, the consensus was that this was it. 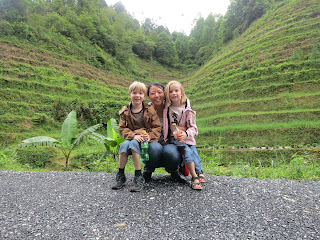 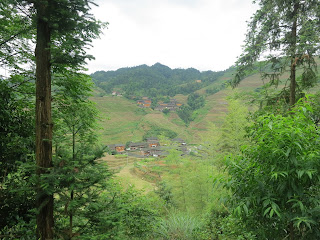 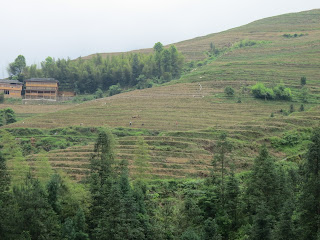 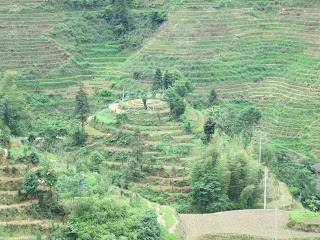 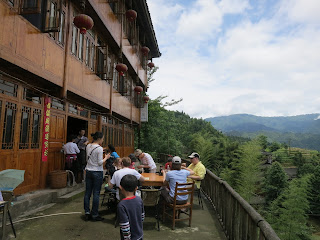 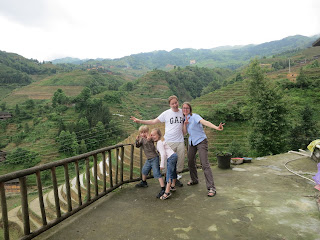 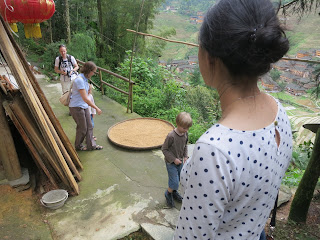 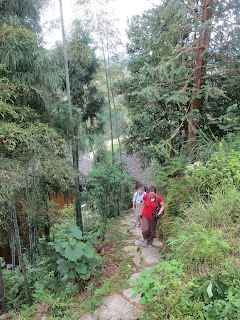 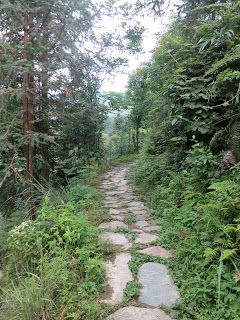 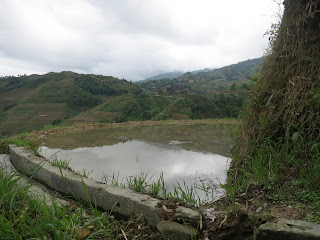 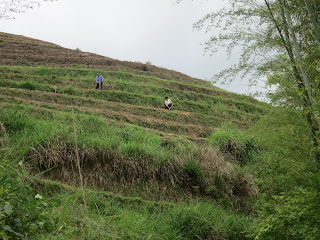 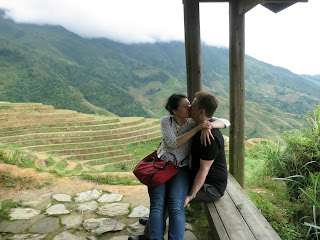 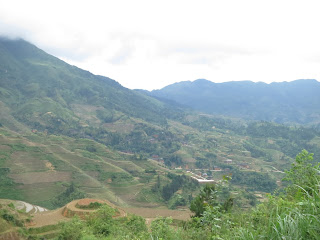 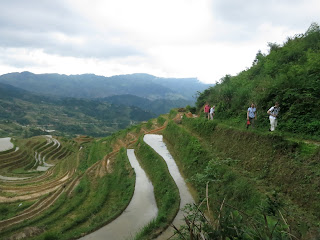 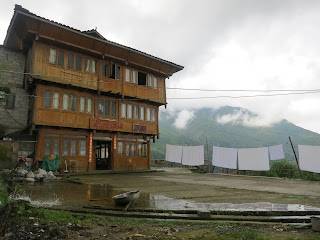 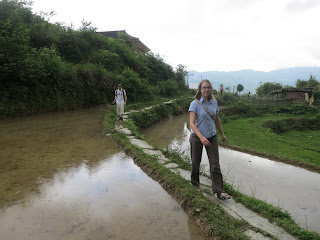 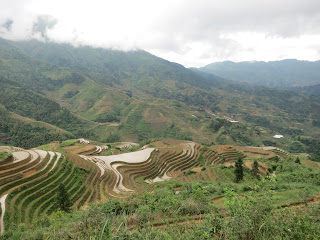 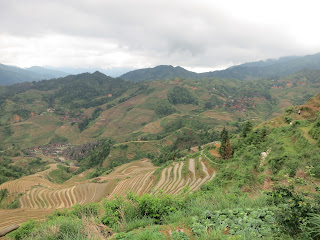 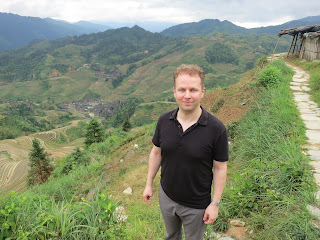 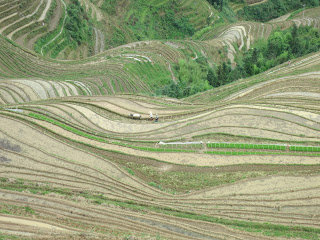 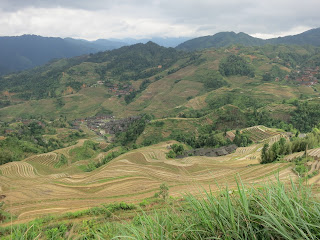 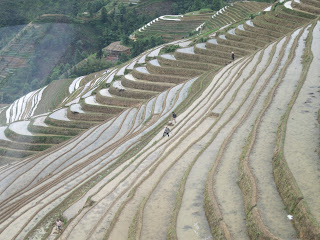 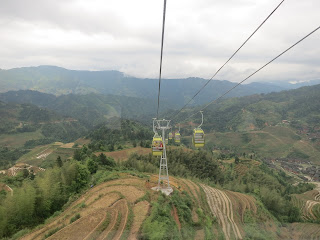