At 17:38 (yes, a number picked for how Chinese love and put meaning into those) we started our journey. We had gathered maybe a kilometre from the Beihai entrance, and then with people playing instruments, waving flags, holding placards of double happiness, two one seat eight man litter (肩舆) and big "umbrella" of honour - the procession marched off towards our wedding.

Sitting inside one of  the litters, having cloth all around so I couldn't see out, just being able to feel the waving feeling of the carriers walking and hearing the classical Chinese music from the band, it really felt as of being in a film. I think I had a huge grin on my face the whole time, and every now and then it managed to be even larger as I imagined the faces of our guests when they figured this is us.

During the whole march we had a lot of people running up to the litter, lifting the window cloth and taking a photo. It was a thing that was a little sad that they did, but it was also a bit fun in how they reacted when they saw it was a foreigner in the litter. And as usual in Asia - you are never alone. Apparently so many people in the park hasted to see what was going on, that by the end when the cortege had reached it's final destination, even Klas, my best man, more or less had to fight not to be pushed away from the side of the litter by trigger happy strangers. 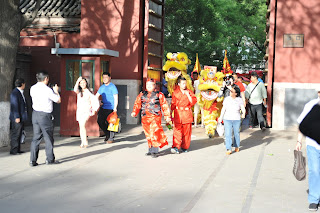 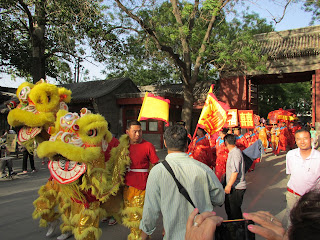 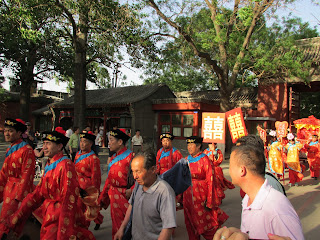 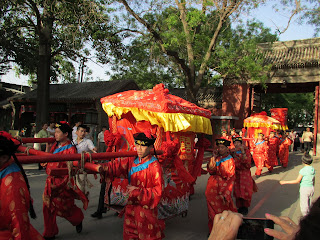 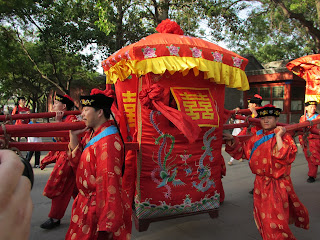 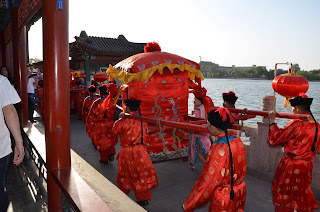 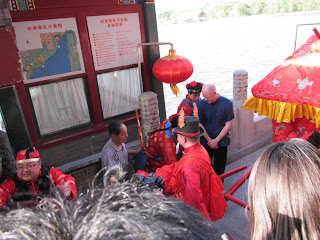