We had arranged the trips with our friends in order after what most people wanted to see, and the Terracotta Army was the first choice on peoples list. It's also something that I remember from my childhood. It was rediscovered the year I was born, and my grandfather (farfar) had a figurine of a kneeling archer that I always thought was so exciting to look at.

I don't think this place requires much background story, so with no further ado, here goes; 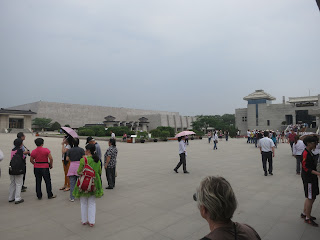 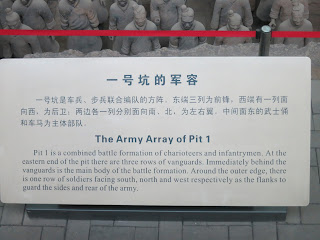 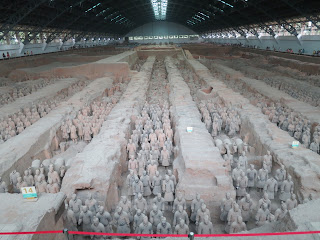 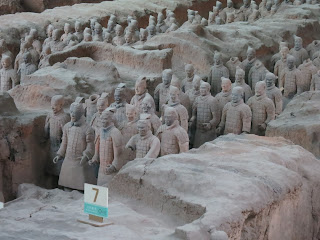 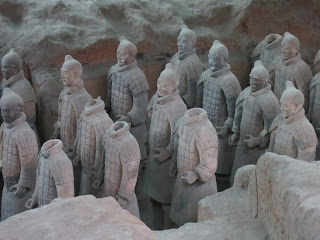 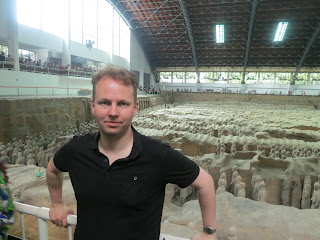 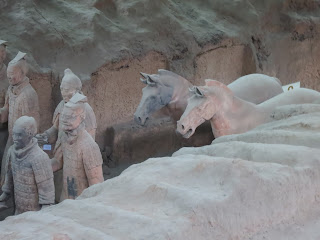 Excavation and preservations has started at small level again since new technology have made the preservation of colour better. This lack of technological skill is also why they have forbid the excavation of the emperors tomb and other smaller areas, until that is, the technology has caught up and fully can preserve it. As a history lover, it's of cause sad not to see it all, but I'm much more grateful in that they choose this angle to the problem. Just walking around seeing everyone who's using flashes on their cameras - thereby damaging the fragile colour that's left on the figures, it's really wise to await. 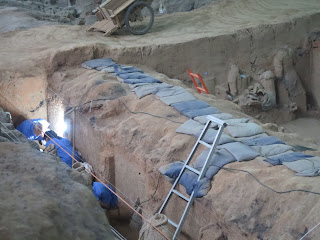 - I don't give a horse's arse!
- Well, I'm not certain that is entirely true. 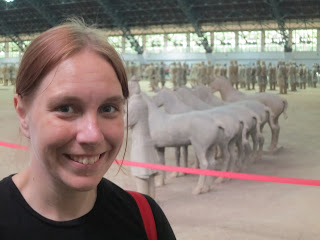 It's definitely more then the 10 000 pieces puzzle. 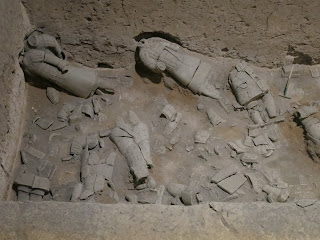 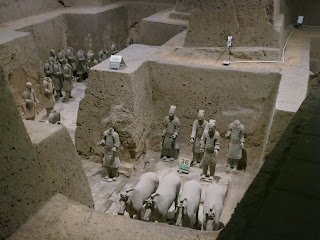 A nice detail on the buildings were the windows. 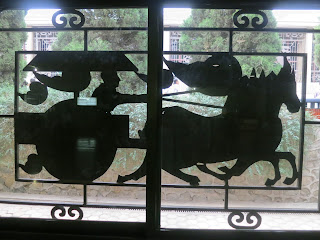 How can a horse lover miss a photo opportunity like this? Luckily she had a slave with a camera with her. 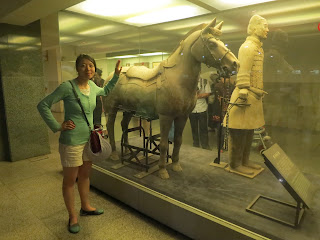 You learn as long as you live. Then again it's not that few things that humanity knew during Roman period that was lost during the dark ages, just to be reinvented in the 20th Century, so it's probably true so for other old civilizations too. 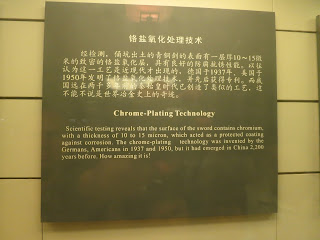 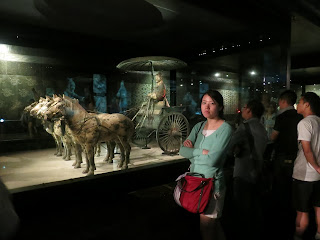 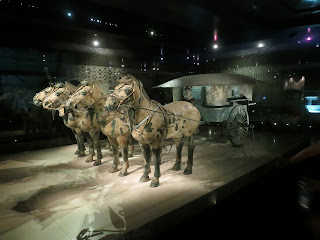