Riverboat to Yangshuo with stop in a very small village

We flew down to Guìlín and then took one of the small river boats down to Yángshuò, which is located , Guăngxī, among the poorest areas in China. Yet, during the 13 years I've known people who visited this area, tremendous difference has been made. An old colleague said that 13 years ago they lived mostly in what looked like clay houses. 3 years ago when I visited I was surprised with the living standard, although the cars were very old and farmers only manual labour. This year most of the old cars were gone, and by now I started to see some machinery used by the farmers. Will it be recognizable 10 years from now?

Another thing that differed a lot were the amount of tourists. There were now a lot more, and unquestionable higher percentage of Chinese such.

During our 4,5 days in Yangshuo it really rained cats and dogs every single one - but only during the nights. About 7-9 in the morning it somehow always stopped, as if commanded to give a nice time for tourists.

On the drive to the river boats, Xue had talked with the owner the whole way and they spend quite some time looking at photos of each others children. This turned out to be of great luck for all of us since she then told the river boat handler to treat us especially nice (and no money is involved for this in case you wonder). The difference were that we floated a lot without engine, making the ride last a lot longer, and he also took us into his small village of ~300 inhabitants. Here he gave us a few kilos of oranges from his own trees (yes, no money involved). These were by far the richest in flavour I've ever had, and it will make the ride unforgettable. 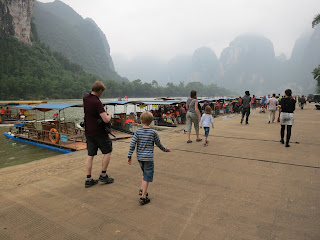 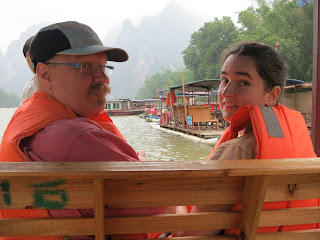 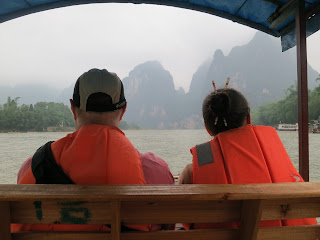 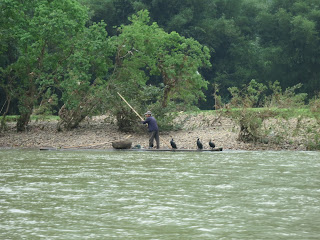 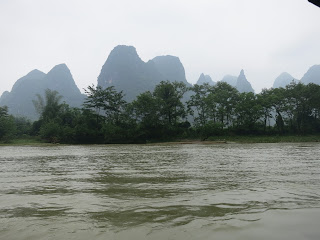 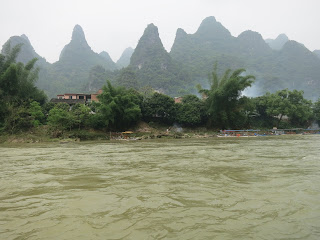 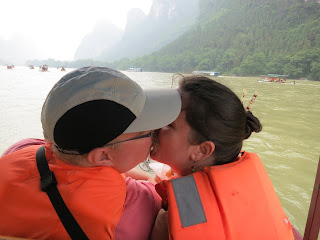 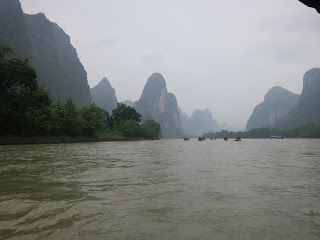 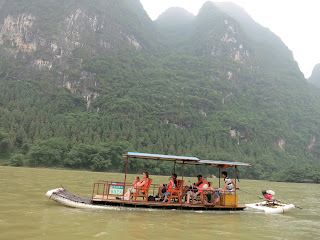 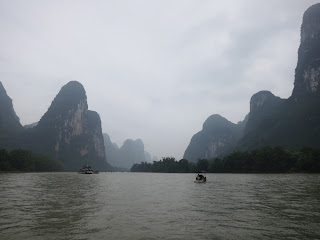 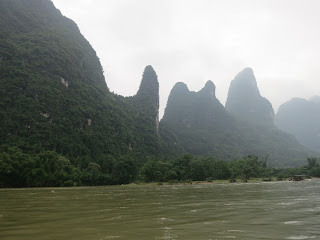 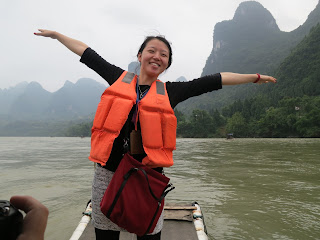 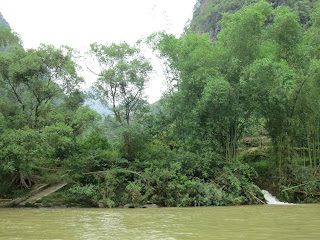 I could think of a great amount of jobs that's worse then his. 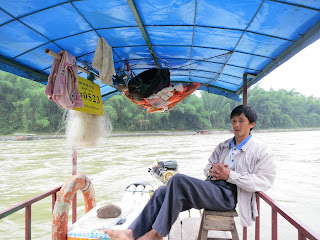 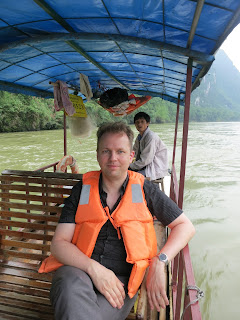 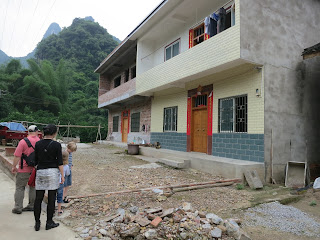 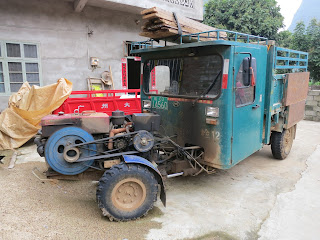 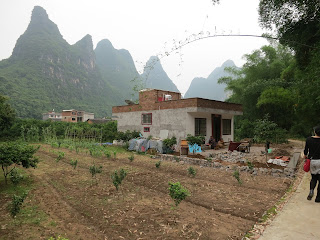 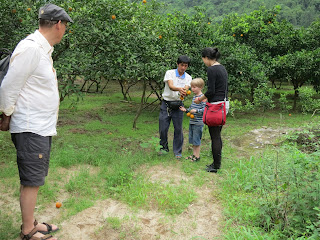 They were building a couple of new houses. This kind of houses seems to be standard model Mark I. Everyone - more or less - seems to have it, the question is just how many floors and which decoration or paint to put on. 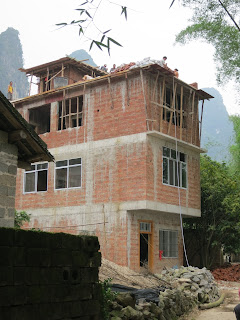 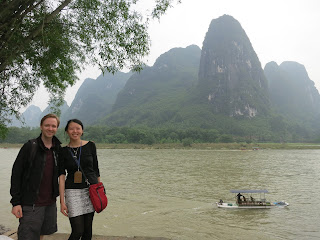 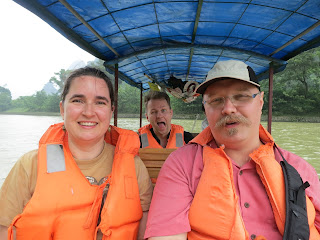 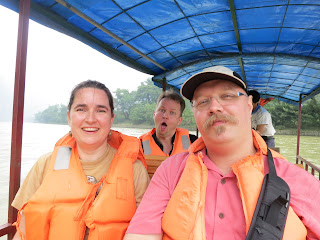 The mountain of tourists didn't end with the weekend. 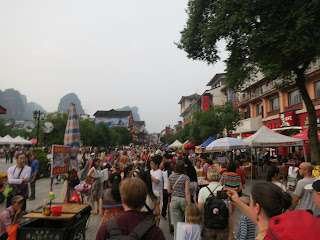 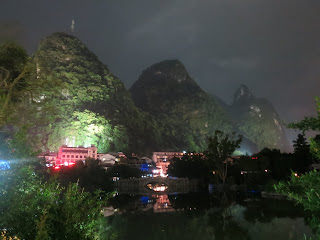 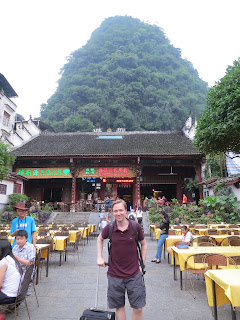 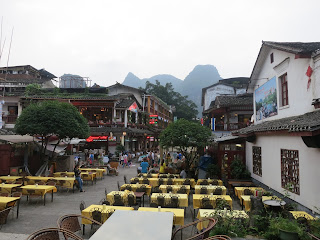 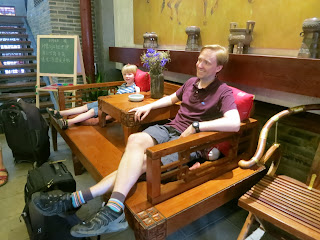 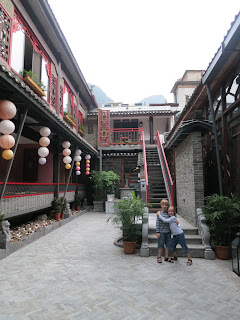 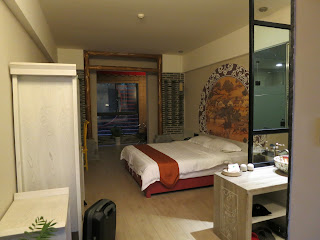