In preparations for the wedding - at the Capital Hotel suite

At 13:00, three hours before we would be picked up, and two hours before our guests would leave for the Beihai Park (北海公园), we started to prepare for the wedding. At our suite at the Capital Hotel the four of us  (me Jens, Xue, best man Klas, and bride's maid Liu) were met up by four people belonging to the documentation team (camera and film), and one make-up lady.

Nervosity or just too much to ponder about? 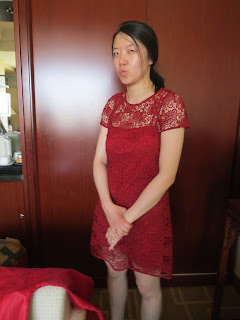 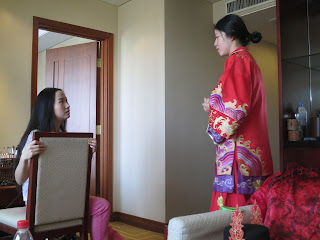 And this is how it turned out 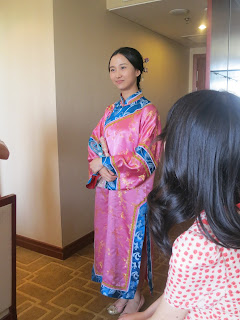 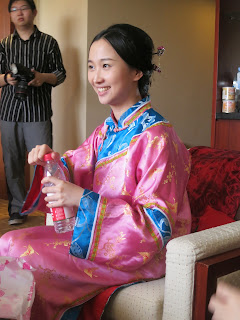 Klas helps out with the entertainment. At least his dressing part took under half a minute, so plenty of time for the Egyptian. 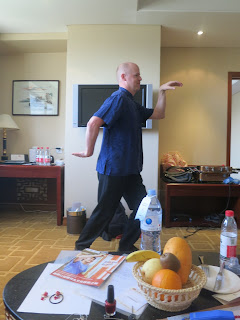 The minutes are counting fast, and Xue's hair definitely took a long time to set up. But then it also became very beautiful in the end. 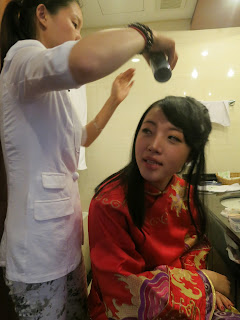 In the end, we finished rather exactly on the minute we had at our disposal. Indeed, not bad at all!
Posted by Unknown at 13:00