Drum and Bell Tower in Xi'an 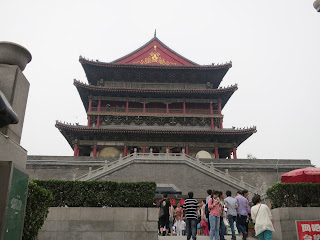 A specific drum for many different episodes through the year, like for when the first snow fell, or a specific flower had first been seen. The special drum was then used to tell the news. 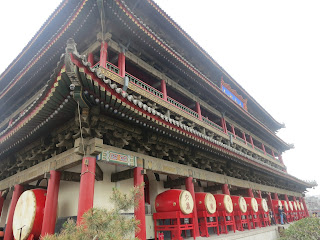 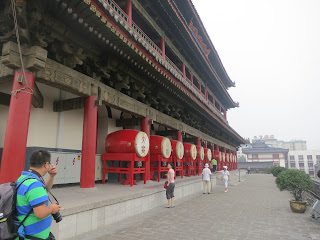 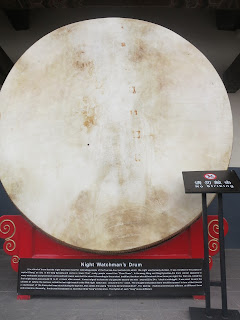 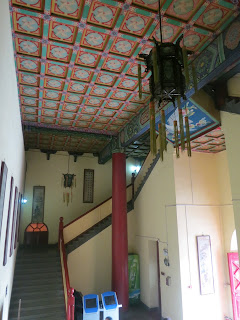 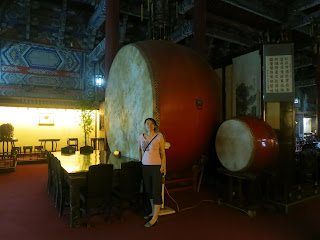 Handmade noodles are worth killing for! Here you see one man throwing the dough through the air to make it long as noodles should be. 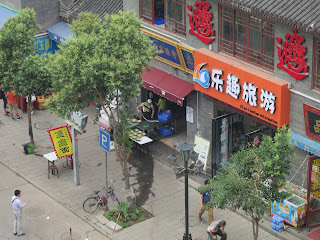 A view this rainy day over to the Bell Tower. 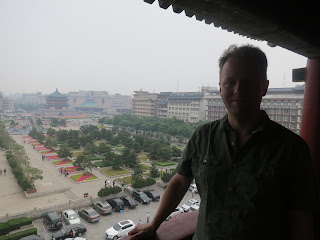 The Bell Tower differs in that it hadn't many different bells for different occasions the same way as the Drum Tower, but instead a single one. 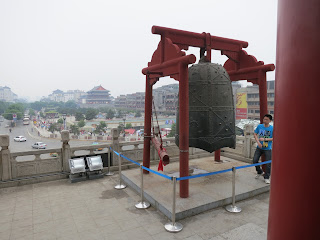 The whole tower was filled with this engraved doors all depicting different scenarios through Chinese history and mythology. 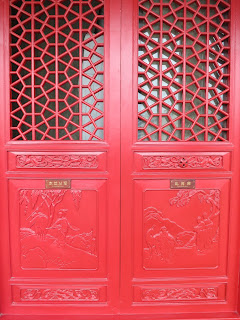 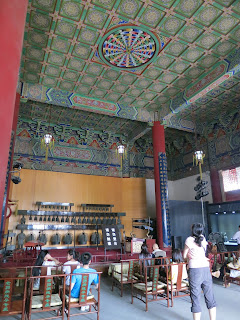 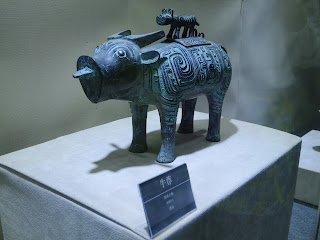 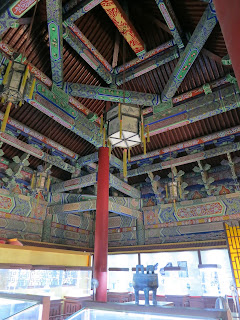