We watched the film Dances with Wolves and Xue said she really wanted to see Indians (yes I know, not political correct to use that name, but even the tribe names/america are often given by the Europeans and as such should make them just as uncorrect). I came up with the idea to surprise her with going to a place I loved as a child - High Chaparral, just in time for the last day of the season! It's a wild west theme park in the middle of the thick forests of Småland that has a section of a Western town, a Hispanian- and an Indian part. And then events such as going with the steam train, stagecoach and steam paddle boat. The most famous part is the show that has a lot of pyrotechnic and stunts, and it's the part I love the most. Xues favourite though was the Indian dancing. The dancers all came from various tribes and especially the man who dances with all the rings were very skilled indeed! The three children to one of them were also dressed up and danced with :) 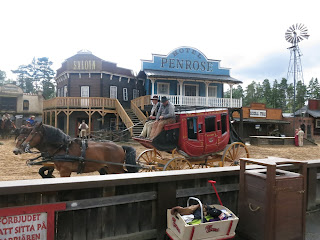 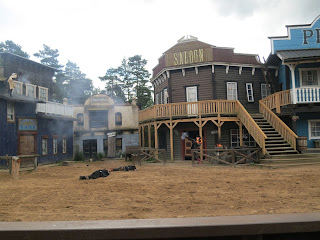 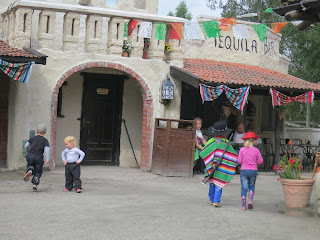 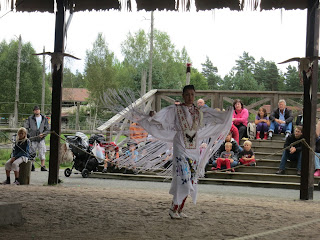 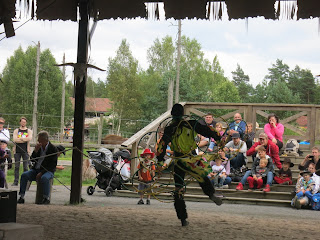 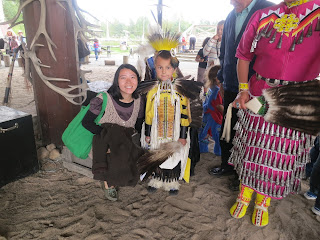 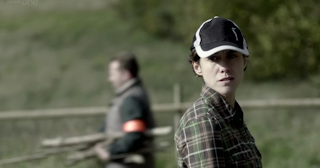 As stated before I was an extra (statist) in a BBC production of the Wallander film Before the Frost. I naturally had to check out how the long and cold efforts did me justice. Well... unless you really know it's me, there's no way in the world to know I'm in it!

On the scene from the first picture you see me as the man in the middle in the group of three to the further left. Impossible to know it's me.

In the other scene from later in the film, you see me walk pass in the background. It's so blurry no one wouldn't know it's me. And no, I have to point out that I'm really not that fat, but it was very cold and we extras had 4-5 layers of cloths.

Email ThisBlogThis!Share to TwitterShare to FacebookShare to Pinterest
Labels: Film 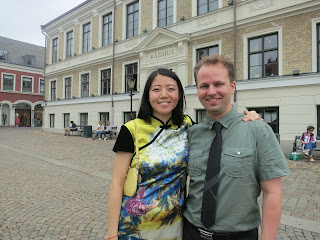 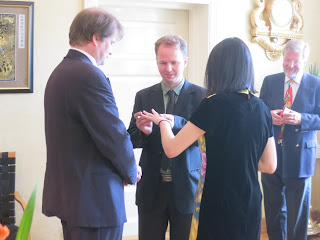 At the warmest day in Lund this summer, the wedding ceremony took place. It wasn't with as much glitter and spectacle as the one in May will have, but rather with the nearest family.

We got married at the Rådhuset and after that we headed home for a tea ceremony hosted by Xue.

Later in the evening we went out to a restaurant and thanks to the lovely weather - which rarely is this nice, we could sit outside in just our shirts until midnight.

To be allowed to show the pictures of my better half, I must emphasise that it's not to much water melon in her tummy, but rather a more and more spacious 宝宝.

PS. The "real" ceremony will be later in China. Which also works well with their traditions where you first get married, and then later on hold the ceremony. 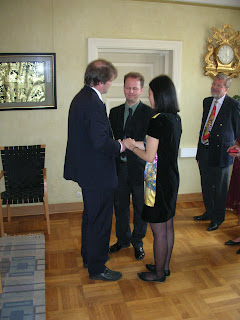 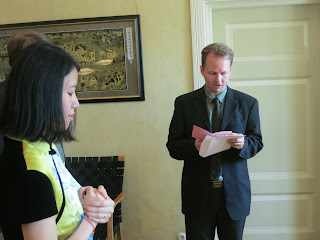 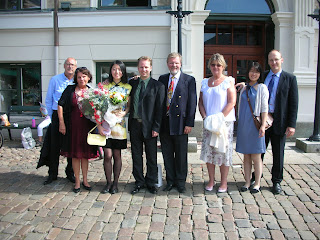 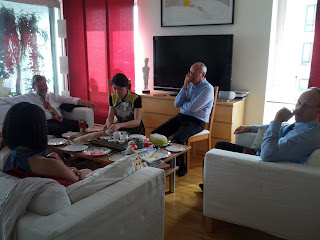 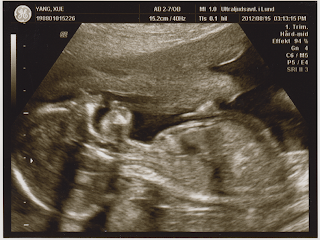 Although the value of this post might not be fascinating for plebes et nobilii, it is of great value for me. Today we were at the first ultra sound, and everything looks very well. It's probably a girl, and in such case it will be a Mia 杨沐妍 Kullenius. The middle name in Chinese is written Muyan Yang (pronanced Mùyén Yáng), this so that 宝宝 / little baobao will have a name that works both in Sweden and China.

The biggest problem today was for the nurse to see. This because baobao was not at all cooperating. It preferred to lay like a "shrimp" - meaning the feet were actually above the head... sadly we aren't that flexible later in life. After roughly 40 minutes of pushing a little back and forward, baobao agreed to stretch out, and all could be measured and accounted for. A while later, the yawn in this photo came up :)

With the ultra sound they can now also establish the date of birth at a greater assurance, and is now set to the 16th of January.
Posted by Unknown at 23:34 1 comment: